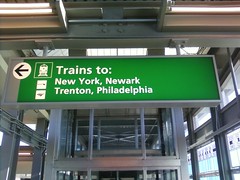 A big belated “Thank You” to IxDA New York for Interaction 10 Redux (3/6). It was nice to meet all the people who attended and to see all of the presentations that I missed at Savannah.  Would come back for another event hosted by the group if my schedule allow it.

Of course, that means I have to start paying attention to the home IxDA branch as well.

Ironically enough, after NYC IxDA Redux, I went back to New York for my scheduled vacation for Met’s performance of The Nose. This weekend, went back to The Met for Lulu, the Alban Berg opera composed a few years after The Nose. Same decade, different moods but both are considered some of the most avant-garde works of their time. This was the last performance for me this season. Already planning for attending two performances next season in 2011 — John Adam’s Nixon in China and Alban Berg’s Wozzeck.

If you have not noticed, the font has changed in this site. After the font change last year, I decided to re-evalute my choice and changed to the first choice of Futura. I like Super Grotesk and it was choosen because of its closeness to Futura. However, there were just some things that I felt were not right (weight, letter styles) for me. It was nagging me in the back of my mind for a few months. So I decided to go back to the first choice of Futura.

I am still on the look out for any other Futura-like fonts but the right choice has been made right now.

Last week, finally completed a book review of Morville/Callender ‘s Search Pattern for CDG and posted on the blog. Interesting read and really changed my ideas about search engines and how search result can be displayed for easier use.

I mentioned on Twitter (5/4) that this would be my blog for CDG for the next couple of months as I will be spending writing for this blog. A consquenence will be some important announcements about The Wilson Project and Project Charles, as well as some important blog entries.